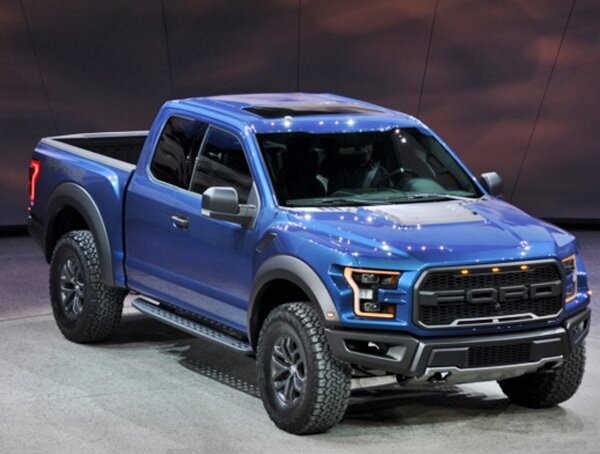 The 2018 Ford F-150 SVT Raptor offers a few upgrades to the already well-rounded package featured by the current F-150 Series. In addition to a new set of forged-aluminum conventional wheels there also also a few more functional improvements.

What hasn’t changed is the power source. As usual, the F-150 Raptor will be offered exclusively with a 6.2-liter V8 engine that delivers a total of 411 horsepower and 434 pound-feet of torque and is paired with an electronic six-speed automatic transmission.

In other respects the new Raptor reiterates the central theme of the current F-150 reducing the F-150’s total weight by making use of lightweight aluminum materials. 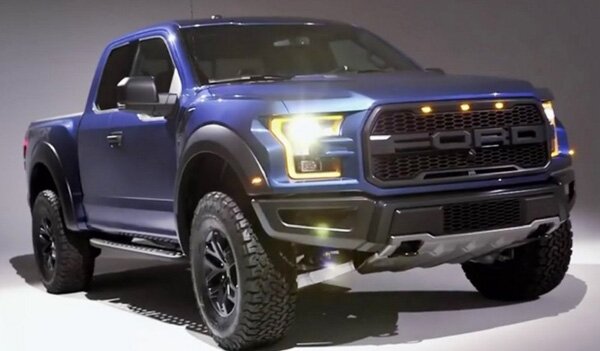 The 2018 Ford F-150 SVT Raptor comes about 700 pounds lighter than the previous generation, and offers an an evolutionary design inspired by the Atlas concept. The front fascia features a distinct three-bar grille flanked by sharp headlights with LED technology for improved night vision. Integrated LED fog lights flank the grille on either side of the bumper section.

Around back, the model introduces revised taillights and LED lighting within the bed. The tailgate now features a more prominent spoiler and revised foldable/stowable step. It also offers an electronic-operated tailgate. 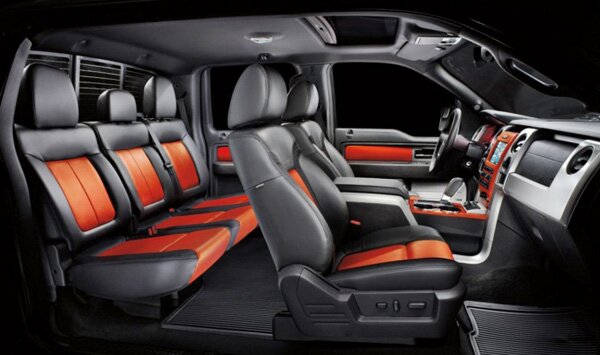 The aggressive lettering on the grille, as well as the black chrome, are all carry-overs from the last model. Additional wheel flares add plenty of character to the SVT Raptor’s aggressive look, but they are also carryover from last year.

Inside the cabin, the new F150 features a dashboard covered in soft touch materials. New technologies like SYNC, MyFord Touch and an 8-inch “productivity screen” in the instrument cluster are all available. 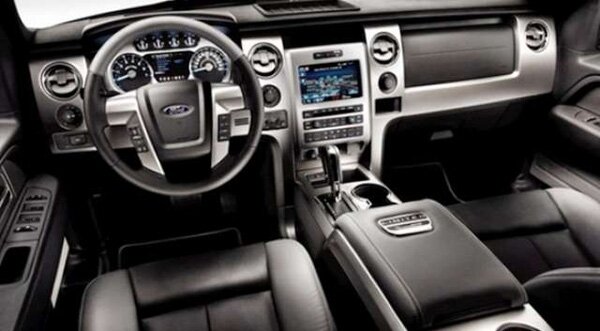 The engine is paired with the same 6-speed automatic transmission as in its predecessor, which includes a tow/haul mode and SelectShift Automatic functionality. Ford is is hoping the new powertrain will manage to reduce the fuel consumption for 10 or even possible 15 percent.