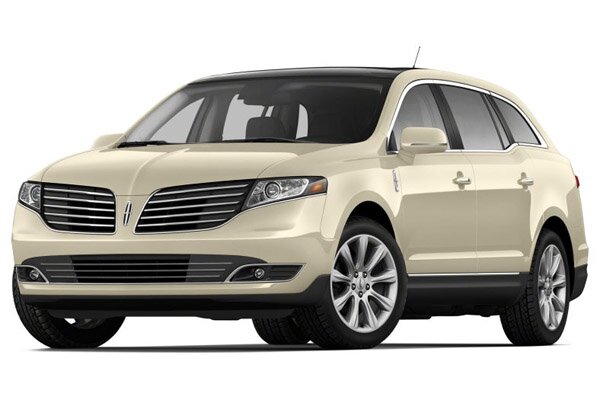 Lincoln has always been known as a symbol of luxury on the market. This time, it has brought us a luxurious crossover as a 2017 model – the new Lincoln MKT. The new MKT will appear with some upgraded exterior and interior features and innovations as well as excellent performance.

The new 2017 Lincoln MKT has appeared as a luxurious mid-size SUV. We cannot say much about its exterior since they say that ‘beauty is in the eye of the beholder’. It certainly has an unusual design and some would like it a lot and consider it attractive while some others would consider it somehow unfinished, especially in the rear part of the vehicle. The styling of the new MKT can also be described as daring. It will come with a well-known Lincoln chrome grille and a new set of xenon headlights and fog lights in the front fascia. Looking at the side profile, we have noticed the heated mirrors. The new MKT will be standing on 19-inch aluminum wheels. In the back part of this SUV, you will see LED taillights. This model will be available in several body paint colors.

The interior of the 2017 Lincoln MKT definitely offers the ultimate luxury and comfort. It will be able to accommodate seven passengers in three rows of seats. The seats in the first and the second row will be covered in Bridge of Weir leather and have options such as heating and ventilation. The front seats will also be supportive and adjustable in 12 ways. The third row of seats will be controlled by just one touch where you use the button to fold them down and get more space. The driver will get a heated leather steering wheel and many of the latest hi-tech options. The new MKT will be equipped with Sirius XM Traffic and Sirius XM Travel Link which will provide various information such as gas station locations, fuel prices, traffic and weather information, sports scores, schedules and many more. It will also offer TNX II Audio System with 14 speakers. Safety systems and driver assist features such as adaptive cruise control, blind spot system with cross-traffic alert and park assist will be also included.

The 2017 Lincoln MKT comes with the 3.5-liter GTDI twin-turbocharged V-6 engine. Such an engine is able to deliver 365 horsepower and 360 pound-feet of torque. It will be mated to a six-speed automatic transmission. The other version, found in a base model, will come with the 3.7-liter V-6 engine that makes 303 horsepower and 278 pound-feet of torque.

The 2017 Lincoln MKT has already been available in the showrooms. The price of this luxurious crossover starts at $43,530 for the base model.